Nov. 9, 2009: Dr. Watson submits testimony to the FDA regarding the proposal to reclassify Electro-convulsive Treatment devices from Class III (i.e. high risk device-benefits have not been shown to outweigh the risks, as they present a "potential unreasonable risk of injury or illness"), to a Class II device.  Following the testimony by Dr. Watson and many others, the FDA upheld the Class III classification for these devices.

​​​​9-13-16     Dr. Watson appears on WLJA Radio with host and attorney Katherine Hine, Esq., discussing the ECT device manufactures attempt to again lower the Class III categorization of ECT machines to a Class II.  Dr. Watson has previously submitted testimony to the FDA, noting the clear harm and lack of long term effectiveness from ECT.  The FDA has repeatedly requested that clinical trials be conducted, but ECT manufactures have failed to ever submit such requested data.   http://www.wljaradio.net/bedlam-in-america-archive.html

7-7-14       Dr. Watson appears as featured guest on the Dr. Randy Hansbrough Show in Stuart and Port St. Lucie, FL, WSTU-1450 and WPSL-1590 AM, speaking about “mental illness” and research based interventions.

6-22-14     Dr. Watson is a featured guest on the A.R.T. of Michigan with Del Marsh, WAAM Talk Radio 106-AM,
covering all of southern Michigan, and speaking about the 2013 IMS data indicating over a quarter of a million
of 0-1 year olds are being given psychaitric medications.

6-1-14 Dr. Watson is a featured guest on syndicated and international radio show "Flow of Wisdom", with pop culture host Sean Anthony, and adds to the discussion about the U.S. military and civilian problem with psychiatric medication usage.

11-5-13 Dr. Watson submits summary of research on ECT to Australian Minister for Mental Health; Disability Services; Child Protection regarding Mental Health Bill 2013.  Now, children under 11 years old are protected from having ECT, and doctors who use shock to the brain must obtain permission from a mental health tribunal prior to ECT for those kids over 11 years old. Partial win for protecting children from damaging ECT intervention.

Patient Consent for Medical Records Update:
Dr. Watson several years ago was asked by a mother to obtain her son's medical-psychiatric records so that Dr. Watson could review them for a possible lawsuit.  The attorney involved forgot to bring a release to the meeting, and Dr. Watson offered his Release of Information form without realizing it specifically limited the purpose to just a "psychological" reason, thus, not including the "legal" purpose.  Dr. Watson immediately apologized when it was brought to his attention, and noted it was a typo and simple oversight on the form.  Dr. Watson agreed not to appeal the sanction from court/case he filed, and was cleared of any ethical sanctions or reprimand from the WI Licensing Board.  The mother fully understood the release, wanted the records for Dr. Watson, and knew that the records could have been made available also with the attorney's release if that had been used instead.

2-20-13 Update:
Dr. Watson was invited to be a keynote speaker to the Congress of Mexico upon the dangers of using psychotropic drugs on children suffering.
http://iseppinfo.wordpress.com/2013/03/27/isepp-board-member-dr-toby-watson-testifies-at-mexican-congressional-hearing-on-psychotropic-medication-induced-violence/ 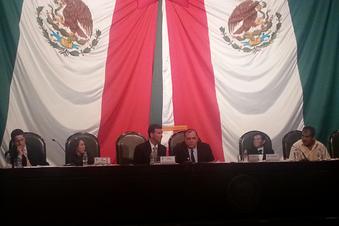 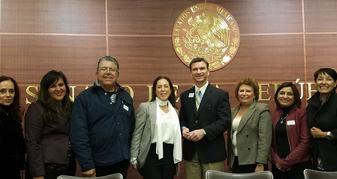 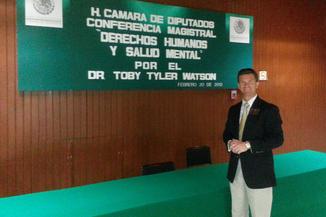 Dr. Nicholas Cummings (past president of the American

Association of Professional Providers in Psychology 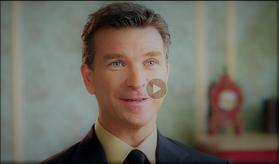