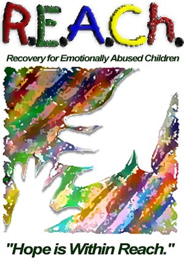 Dr. Watson is a graduate of the University of Wisconsin, holds a Master’s Degree from the California School of Professional Psychology-Fresno and a Doctorate in Clinical Depth/Dynamic Psychology (2002) from CSPP-Alliant University. He was additionally trained at: San Joaquin Psychotherapy Center in Clovis-Fresno, CA, one of the only psychiatric medication free enhanced day treatment programs in the country that specialized at providing intensive outpatient psychotherapeutic services for individuals often labeled "mentally ill".  Dr. Watson was trained in integrative milieu therapy at SJPC, and has literally written the chapter/book on this subject in the largest reference text in the world.  He then was trained at the Allendale Association-Bradley Counseling Center, one of the largest child and adolescent residential, day-treatment and outpatient treatment facilities in the State of IL.

Dr. Watson also is a former Chief Supervising Psychologist-Executive for the State of WI-Dept. of Corrections-KMCI (2011-2013), and was responsible for oversight of all mental health services for a medium secure institution of approximately 1,200 inmates. While employed with the State, he also became a state-wide training coordinator, conducting a host of crisis de-escalation and informational trainings with the National Alliance for Mentally Ill (NAMI).

Dr. Watson is the former (2009-2011) International Executive Director of the International Society for Ethical Psychology and Psychiatry (www.psychintegrity.org).  ISEPP, formally ICSPP, was founded and operated by Dr. Peter Breggin, MD.  ISEPP is a not-for-profit professional educational organization comprising of hundreds of members: professors, researchers, psychiatrists, psychologists, neurologists, pediatricians, teachers, therapists and attorneys, who have for over 40 years critically analyzed the impact of mental health research and theory on the practice, politics, and awareness of mental health worldwide. Dr. Watson has also presented at, and is a member of, the International Society for the Psychological Treatment of Schizophrenia and other psychosis (www.ISPS.org), is a member of the Alliance for Human Research Protection (www.AHRP.org), the National Alliance of Professional Psychologist Providers (NAPPP), The Hearing Voices Network, Mindfreedom International,  and of the PreTherapy International Network. He is a Nationally Registered Clinical Psychologist.

Dr. Watson has provided testimony to the Food and Drug Administration regarding lack of effectiveness and safety of ECT, and upon SSRI induced suicide.  He was an invited guest speaker and lecturer to the Congress of Mexico (speaking upon the  link between psychiatric medications and violence in children and teens).  Years later, he was asked to lecture to the Senate of Mexico and provide recommendations for psychiatric medication regulation and mental health treatment programming.  He has appeared on several national television networks (Oprah Network, Family Network, etc...) speaking out about child behavioral disorders being treated by psychiatric medications as a first line of defense, and he has appeared as a featured guest on numerous national syndicated radios shows throughout the United States. He has been awarded numerous awards for his work.  Dr. Watson worked with and appeared nationally with the Past President of the American Psychological Association, Dr. Nicholas Cummings, highlighting the need to not use psychiatric medications as a first line defense for behavioral disorders.

Dr. Watson specializes in integrating evidence based practices, and uses an integrated psycho-social-biological integrated model when lecturing, testifying and treating patients. He is also a former Federal Social Security Mental Health Disability Examiner, and has provided medical clearance examinations for a host of pending medical procedures, including but not limited to Bariatric Bypass Surgery, Gender Reassignment with Gender Dysphoria (Gender Identity Disorder), etc..  He has helped inform congress and senate members to the nature of mental disorders and how legislation impacts treatment outcomes, both specifically for veterans and the public at large.

Dr. Watson conceptualizes one's struggles with a strong psychodynamic - cognitive behavioral conditioned response integrated perspective  (e.g. families, children and with comprehensive programming). He tends to focus and use a more analytic and "Open Dialog" approach when working with individuals struggling with psychotic processing. He also specifically integrates the Nurtured Heart Approach by Dr. Howard Glasser, the Caregiver's Skills Program by Dr. David Stein, along a core family systems approach when working with behavioral and or concentration struggles.

Dr. Watson has a special interest and expertise at relaying long term research and best care practices for individuals seeking information on non drug or biological approaches to treatment, psychotropic medication, dangerousness, forced orders to treat, gender dysphoria, and ECT (shock treatment). He has testified as an expert witness, and or provided written testimony and reports for many counties, in multiple states, and has for private clients throughout the United States and world. He conducts case consultations, administers forensic examinations and evaluations, and has assisted with malpractice cases and claims. He has provided continuing education for both psychologists (C.E.) and attorneys, and has developed dozens of CEUs for practitioners through his work at ISEPP-ICSPP. He is available for in person, video and telephone consulting throughout the world, and can provide linkages to care and referrals as needed.

He added the R.E.A.Ch. -V.I.P. program (Recovery of Emotionally Abused Children with Volunteers in Psychotherapy), modeled by the late Dr. Kevin McCready (R.E.A.Ch.) and Richard Schulman, Ph.D. (V.I.P), whereby those without any financial support could obtain free clinical services for volunteering their time in the nonprofit local community. 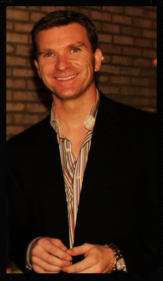